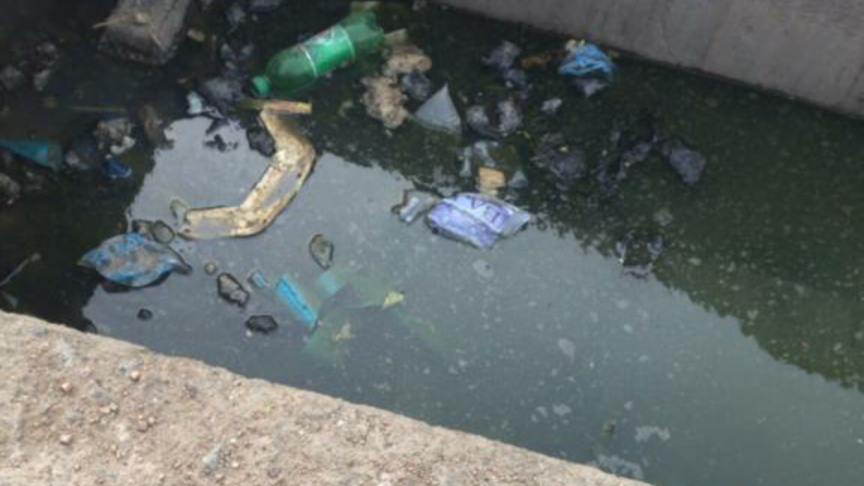 It will help bring a solution to a prevailing problem found almost in every single state in Nigeria and make the environment more habitable.

A very necessary and timely project.

Open water ways have remained a challenge in most part of Northern Nigeria and Kano is largely not an exception to this. Implementing such a laudable project in Kano will indeed add value to other strands of concern directed at addressing this challenge. Specifically, the health and climate associated consequences of open water ways are quiet enormous. As such, this project is indeed a robust one that can bring about the much needed solution.

Water and sanitation is key to sustainable development especially in low income communities. Ta ma for this initiative

I like this idea so much because it addresses one of the most alarming and life threatening environmental issues that makes millions of people susceptible and vulnerable to adverse effects of climate change and outbreaks of diseases. It is one of the problems of urban settlements that the masses and the government need to focus on to improve on living conditions of the people and strengthen their ability to withstand adversities associated with climate change and to also avert disease outbreaks.

This is something our government should have done so long ago, way over due! I support this idea 1000%!!!!!!

This is a brilliant idea. it reminds me of our individual and collective responsibility towards making life better. We must not always wait for or rely on the government or international organisations to do it for us.

The communities must be involved (if that is not already part of the plan) for the project to be sustained.

This idea needs to be implemented with urgency. I support this 💯%.

I'm in support of this idea totally. This is a desperately needed project in our urban slums in Kano and other parts of the country. We need it to get out of the embarrassing situation we are in environmentally and from health perspective as well, especially in these times where other parts of the world are talking about sustainable cities and smart cities. We on the other hand are living with gutters and filth all around us. UNDP please you need to select this project as a winner.

I love the idea because it would save lives and restore dignity to these slum settlements. It worth choosing for implementing not only in kano but in the whole of African slum areas.

It’s a great idea especially if the government would support it by financing it, and also invite other private companies to join in implementing the project

I'm all for this amazing idea. If government together with the slum communities along with the private company implenting this project will commit to this idea, Kano will be upgraded to be a sustainable city

A much needed project for Kano to implement. And other states in Nigeria will also do. I hope UNDP chooses this idea

I live this project idea. Its pratical, applicable and much needed. If implemented it would yield so much positive inpact.

It's not hard to see why this idea would be appreciated by Kano residents, because many streets have open drainages that have become dumping grounds for all garbage and gutter causing all kinds of problems. Hopefully UNDP will recognize the value of this idea

Wow! I haven't seen any idea that is well intended to touch people at the grassroots. Instead of constructing flyover bridges, if the government supports this project, it wouldn't be long before the whole state is upgraded to reasonable environmental standards.

Its an excellent idea

The water ways project is something that government, private companies and communities need to commit to in order to upgrade settlements in subsaharan Africa. This is something that the UNDP needs to support a hundred percent to mitigate the harmful effects of climate change due to flooding

Any idea that will help to upgrade the settlement of the masses at the grassroots is a welcome one. I hope this project is made a priority for blinding slum resilience in Kano and beyond

I like the water ways idea because it will help to fight the effects of climate change especially flooding which destroys lives and properties. It will cause the government to begin to focus on these settlements and ensuring that future urban settlements are protected against bad infrastructure that would put them in the same situation. UNDP and gov lab should please give this idea a chance

The water ways idea is a fantastic idea, that Kano slums would really be lucky to have the project done there. Many, if not all drainages are open which during the rainy season become blocked due to the accumulation of municipal wastes like polythene and other solid wastes. The effect of this in these slum areas are floods which destroys the settlements making people homeless. So by reconstructing proper drainage, it will help protect lives and properties as well as improve living conditions

What a great idea! The reason why I like it is because of how it will upgrade urban settlements of low income people. They will be protected against natural disasters of the drainages there are renovated in a standard manner. We need the government and UNDP to support and finance this project if possible.

I like the idea simply because it will improve living conditions of the common man. Keep it up. I recommend voters to choose this idea

Wow! I'm impressed that someone would think about an idea to solve this problem that is common in all slum areas of the state. It's a huge project. I just hope the government will give it a chance

When I read the idea of water ways, it appealed a lot to me because it seems like Urban areas in Kano like in many developing nations seem to be growing bigger than formal and well established areas. It's like slum areas are suffocating and making these areas tinier with increasing population. So by arresting the problem now, the situation will be contained, and it's impacts are many once the project is carried out

A beautiful project worth considering. Eliminating those gutters and covering the drainages will curtail the occurrence of malaria, improve drainage systems and keep our environment clean. I would vote for this idea a million times any time any day.

A great idea to solve urban slum problems. This is the bare minimum that can be done by the collective efforts of the government in collaboration with private sector and the communities involved

I just love this idea for the fact that finally (if selected of course) focus will be on infrastructure rehabilitation for slum dwellers instead of construction on major highways of fly overs. Communities should embrace this project as well as local and state governments to prevent accumulation of filth, blockage of drainages and floods in the future

I like the idea as it is very much practical with the right level of commitment and the impact that would be felt by the slum dwellers, the state government itself and the whole state would be high: environmental, health, social and economic impacts will be realized in the short and long-term. I hope the UNDP considers this project

I like this idea because it will fight disasters caused by climate change such as flooding which has started becoming common in Kano. People living in slum areas are usually poor and such disasters make them more vulnerable to poverty, crime, ill health.

I like this water ways project as it addresses problems associated with climate change and will also help to achieve the SDGs in Kano.

This is a truly wonderful idea, which I hope gets to be implemented. For those living in such slum areas it must be frustrating with the dirt and waste filling these drainages. It is also worrying during rainy season for fear of floods. I sincerely hope this idea is considered.

Wow! Fantastic! This idea is very much needed! Every nook and cranny of Kano is bedevilled with open gutters that make the environment extremely unhygienic and prone to disease outbreaks and flooding during rainy seasons. Until now government focuses on major road construction to the detriment of communities with these problems. It is about time the government even at the local govt levels support such ideas to enable the upgrade of these infrastructure so as to safeguard these communities.

This idea is a good one in the interest of slum dwellers in Kano. It also needs to be replicated in other states too as it is a common problem.

Plastic waste in water ways is definitely a serious environmental issues in Kano causing floods in informal settlements and this idea would definitely be a sustainable solution to the problem. Can't wait to see this idea come to life.

I like the idea of water ways project because it will sanitize our environment and improve our health. By covering the open drainages, polythene and other wastes will be prevented from blocking them thereby preventing the disaster of floods

As a person very familiar with urban slums in Kano I must say this is commendable and will be much appreciated by Kano people.

A fantastic idea for slum settlements in Kano.

I love this idea of rehabilitation of drainages in Kano. Nobody cares about them except to periodically remove the polythene wastes and gutter. But slum dwellers need financial support to enable the standadizattion of the drainages. This idea deserves to be selected

Drainage problem is a huge one in Kano and the problem is getting worse. Actually this is an emergency situation that needs intervention from all stakeholders.

An idea worth committing to. Simply because it protects the peoples lives.

An idea worth pursuing. If done the right way, people will surely benefit from it .

This idea is really outstanding. Water ways will be a revolution in the way communities and government approach development because grassroot people at low income levels will have their issues resolved. All these issues about flooding and unhygienic environment will be addressed with this solution. I love it!

A good idea to upgrade our slums. Pls UNDP choose this idea